Reserva Nacional Lago Jeinimeni is located in the most eastern mountain range of the Andes in Central Patagonia, Chile. It directly borders the Argentine pampa further east. The Jeinimeni conservation area features two beautiful lakes (light blue Lago Jeinimeni and turquoise green colored Lago Verde) and pristine, wild-flowing river systems surrounded by colorful, partly snow- and ice-covered mountains. Valley slopes are overgrown by dense lenga (southern beech) forest, which in 2015 however was threatened by a caterpillar infestation in large areas. Together with the adjacent Valle Chacabuco (home of wild Guanaco herds) and Tamango reserve, the entire area shall be announced a Patagonian National Park in the future. Please be aware that this is a very remote area and you may not rely on meeting other hikers, in particular not in the central section of the trek, which rather has the character of an expedition than a normal hike. Another attraction nearby is the Cueva de los Manos halfway from Chile Chico to Lago Jeinimeni, which I unfortunately could not visit.

It takes around four days from the CONAF ranger station when entering the Jeinimeni reserve to the end of the trek in Valle Chacabuco. Although the terrain is not very difficult (only one steep ascent to a little pass above Lago Verde and an exposed stretch right after), overall the trek is really demanding. The main reason is the necessity to cross rivers over and over again, mainly in Valle Hermoso, but also in the section between Lago Jeinimeni and Lago Verde already. In fact, the “trail” sometimes leads directly through the riverbed, since the surrounding extremely dense vegetation usually is even more difficult to pass through. An additional pair of running shoes (or crocs if you can walk in those for a while with a backpack) is beneficial, otherwise shoes have to be changed very often. In these sections orientation skills are required sometimes, but staying close to the river always is the best option. In case of high water levels river crossing may become impossible. Since streams are fed by surrounding glaciers and snowfields, late summer should be the best time to visit in general. Especially the river inflow to Lago Verde caused some problems to me even then. That being said, the trail is quite well established in the beginning (around Lago Jeinimeni) and in Valle Avilés and is marked with red-white colored wooden piles every now and then. In Valle Avilés, a hanging rope bridge spanning over a probably 50-meter-deep canyon gives an extra thrill. Alternatively, a more robust bridge can be used further down the valley.

In 2015, no real map covering the trek existed. Like everywhere in Chile, the topographic (no hiking trails are indicated there!) maps from IGM, which can be purchased online or in their office in Santiago de Chile may be helpful. However, I relied solely on some map cutouts, but in the meantime a brand new map shall be available. Its online version is very useful, too. Some more information may also be collected in the CONAF office in Chile Chico.

A camping area with basic facilities is located right on the water's edge of Lago Jeinimeni, however a little overpriced for Chilean conditions. At the end point of the trek, a new campground was under construction in 2015 and may be completed now. In between, a wooden hut in Valle Hermoso can provide shelter and has a nice meadow suited for camping around. Camping is allowed everywhere, but in Valle Avilés the sites with small wooden rain shelters should be used. While the sun is usually burning in the beginning and the end of the trek, in the heart of the Jeinimeni mountains it is often raining and you should prepare for both.

The Jeinimeni reserve connects Chile Chico in the North with Valle Chacabuco in the South. Thus, it can be best explored by traversing it in either direction. Alternatively, an easier option would be to explore Lago Jeinimeni and Lago Verde from the CONAF ranger station (which is reached from Chile Chico) and afterwards returning to the starting point. In Chile Chico, I had a wonderful stay in Hostal La Victoria and can only recommend it.

Chile Chico is connected by regular ferry transport to Puerto Ibañez, which in turn has regular bus connections to Coyhaique. Alternatively, there is also a bus operated from Puerto Rio Tranquilo to Chile Chico, but it runs only about twice a week and, most importantly, locals do have priority when it comes to seat reservation. This website gives a detailed overview on more alternatives, although those may require stopovers in Puerto Guadal at the southern shore of Lago Carrera. From Chile Chico, there is no public transport to the CONAF ranger station of Reserva Nacional Lago Jeinimeni. Hitchhiking may be an option, but cars are taking this dead-end road only very infrequently. These 52 km also do not make a pleasant trek extension, since there is absolutely no shade in the pampa it passes through.

Valle Chacabuco unfortunately does not have a bus connection at all. The Patagonia Park visitor center and the trailhead, which is located 25 km beyond, can only be reached by car or hitchhiking. The junction of Valle Chacabuco from the Carretera Austral is passed by the bus which is operated daily between Coyhaique and Cochrane. More information on transport to and within the Aysen region is given here. 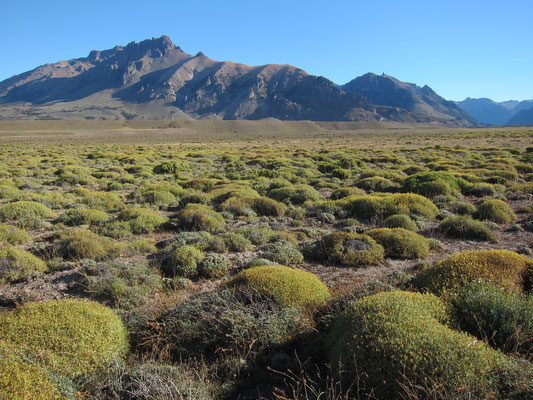 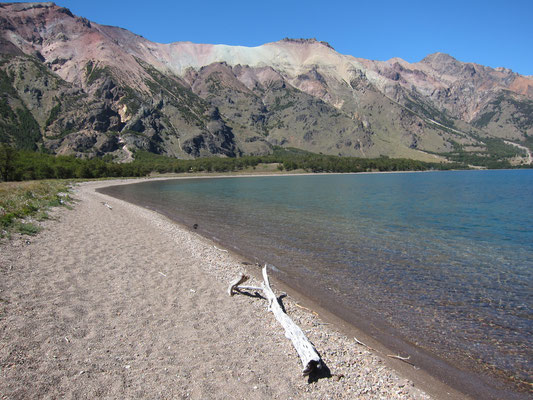 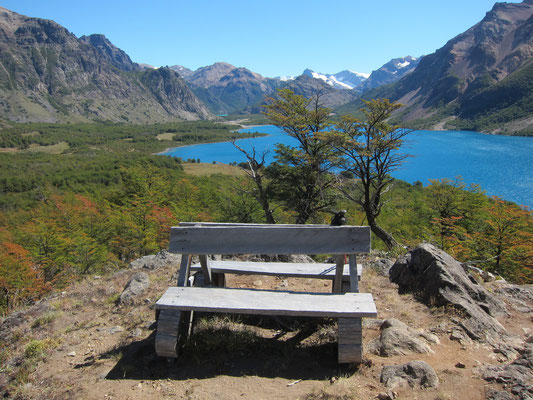 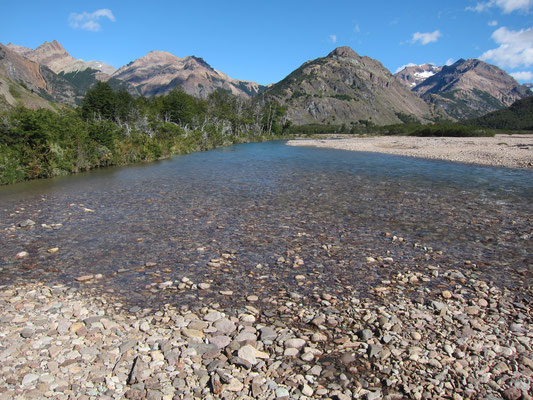 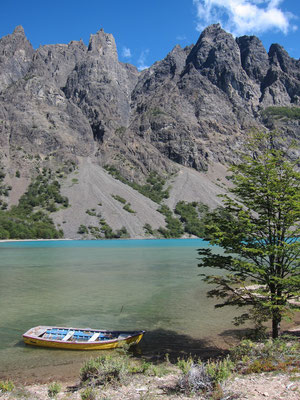 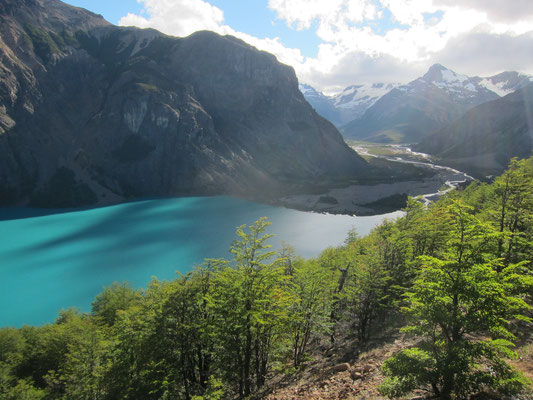 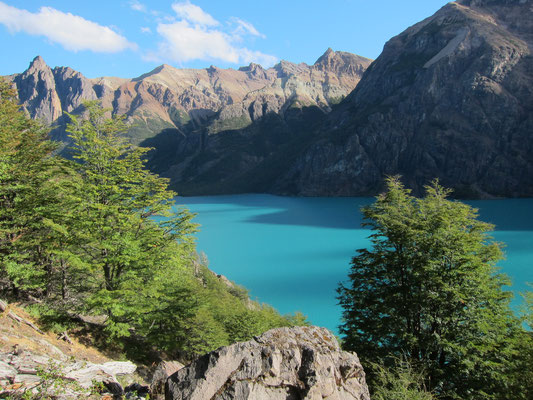 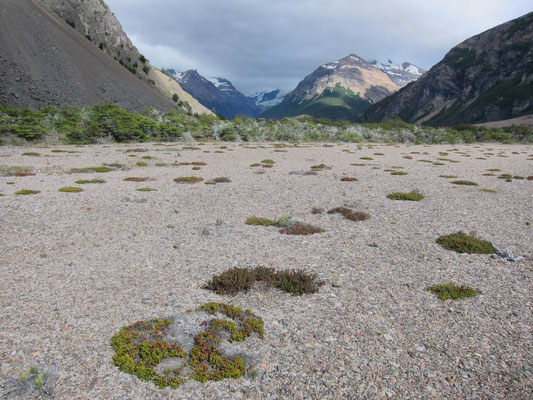 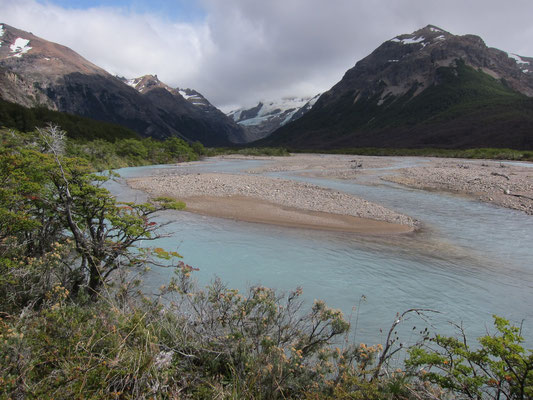 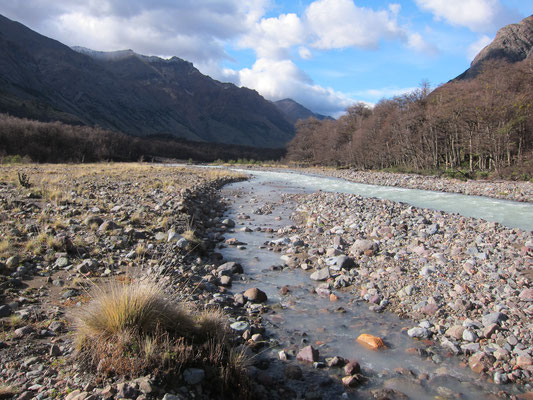