Reserva Nacional Cerro Castillo is a conservation area in Central Patagonia, Chile. It is named after its characteristic rock formations looking like a fairy-tale castle. Besides from being relatively popular among climbers, this wild mountain region is also a paradise for multi-day trekking tours. The spectacular shapes of the mountains, together with the beauty of their powerful glaciers and the peace of the surrounding pristine forests are breathtaking. And, not to forget, the crystal-clear colors of the mountain lakes!

Nevertheless, it is very much less frequented than the famous Torres del Paine or Fitz Roy regions, especially by foreign tourists, although this can hardly be explained by big differences in their scenic beauty. This phenomenon is rather related to the less developed infrastructure, which allows to experience the Patagonian wilderness in a more original way.

The Reserva Nacional Cerro Castillo can be best experienced in a 4-day trekking tour from Las Horquetas Grandes to Villa Cerro Castillo. Except the first day, this is a quite demanding trek since two passes have to be crossed, involving strenuous ascents and, more importantly, slippery descents on steep screes. The first pass, Paso El Penon, is usually covered by snowfields on its southern side even during the end of summer. Thus, trekking poles are very beneficial. Clouds might impede orientation on the partly unmarked trails, especially in the ascent above Laguna Cerro Castillo, and a compass (or GPS) might come in handy. However, the trail is well established and usually easy to find. Some parts (ascent to Paso Penon and descent from the pass above Laguna Cerro Castillo) are also marked with red-white signs and poles.

The route is perfectly described in the Lonely Planet travel guide “Trekking in the Patagonian Andes”. Following the 4-day traverse through the Cerro Castillo massif, it is not absolutely mandatory to carry a detailed map, especially since no perfect solution is available for this region. For off-trail hikes, you should go for the topographic (no hiking trails are indicated there!) maps from IGM, which can be purchased online or in their office in Santiago de Chile. Otherwise, the simple maps available in CONAF offices are your best bet. A 3-day round trip from/to Villa Cerro Castillo is also included in the Rother hiking guidebook (in German).

For this trek all necessary camping gear has to be carried, since there are no huts available along the route. Instead, a total of five very simple campgrounds have been established, without much infrastructure but mostly located in very scenic places. While especially the first half (until Laguna Cerro Castillo) is quite lonely, the second half is more frequented mainly by Chilean hikers. The peak hiking season is during December-March, but night temperatures can still be close to 0°C then. Since significant parts of the trek are above the tree line, sun protection is essential.

The starting point for a trip to Cerro Castillo is Coyhaique, with its about 50,000 inhabitants the capital of the Aysen Region. Although regional flights leave from a small airport close to the city, national flights (from Santiago via Puerto Montt or Punta Arenas) arrive only in Balmaceda, roughly 50 km southeast. Balmaceda is approached by LATAM (former LAN Chile) and Sky Airline, the latter one usually the cheaper (but very pleasant!) option. Public transport to Coyhaique is organized in minibuses run by several local companies right after the arrival of the flight. Tickets can be purchased in the airport next to the baggage claim.

From Coyhaique, make sure to book a seat in one of the few daily buses to Cochrane or Puerto Ibanez (the one to Puerto Ibanez is only useful if you want to start the hike in Las Horquetas Grandes, but it does not pass Villa Cerro Castillo)! If this turns out to be impossible for the preferred day at the ticket counters of the different bus companies, ask the hostel/hotel or the very friendly English speaking staff in the tourist information (Sernatur) office for help. Unfortunately, not all companies have their ticket counter located in the main bus terminal. A good overview on getting around in Coyhaique can be found here.

Most of the buses usually leave early in the morning, however it is not more than a 1.5-2 hours’ drive to Villa Cerro Castillo, and less to Las Horquetas Grandes. The latter one is a sharp left turn of the Carretera Austral, but no houses signalize that this place could be the starting point of the Cerro Castillo trekking route. Only a small sign makes you aware that you are entering the Sendero de Chile right now. Be careful to tell the bus driver to stop there and better check that this is also put into practice. You might be able to organize your way back in the small tourist information established in Villa Cerro Castillo; people are helpful there, but seem a little overstrained and speaking Spanish comes in handy. Alternatively, if buses are completely booked, hitchhiking might also work out. 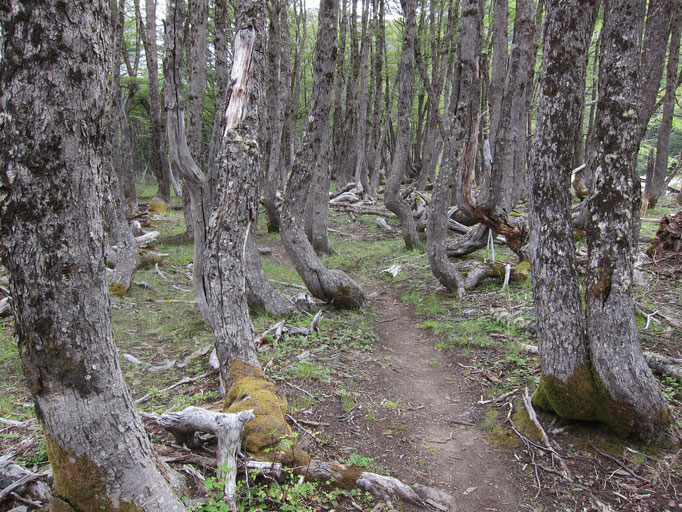 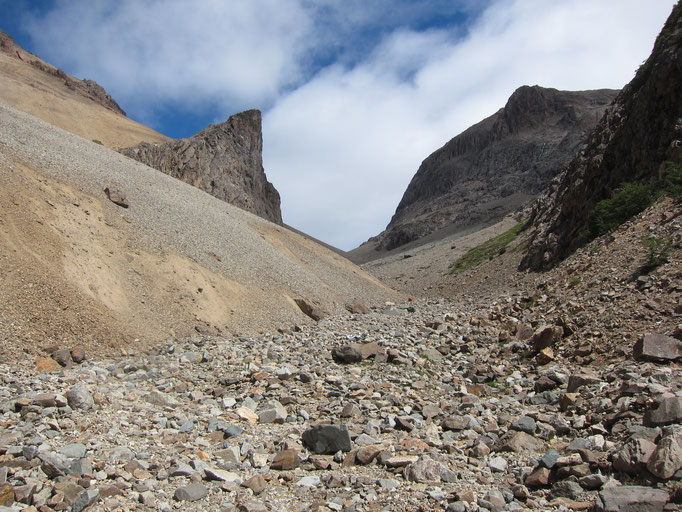 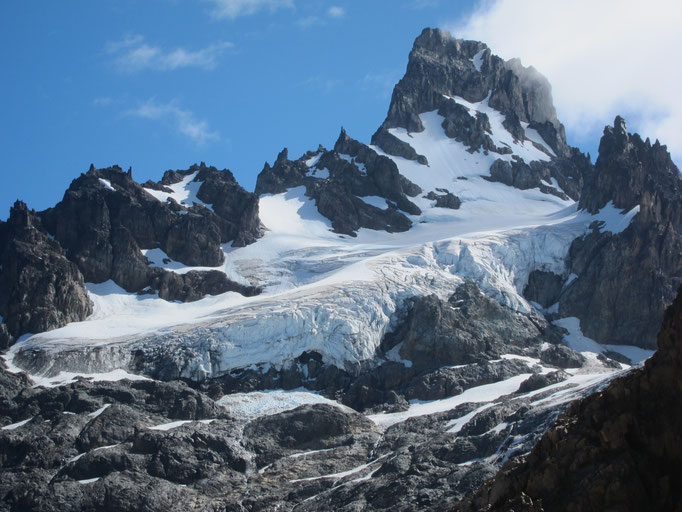 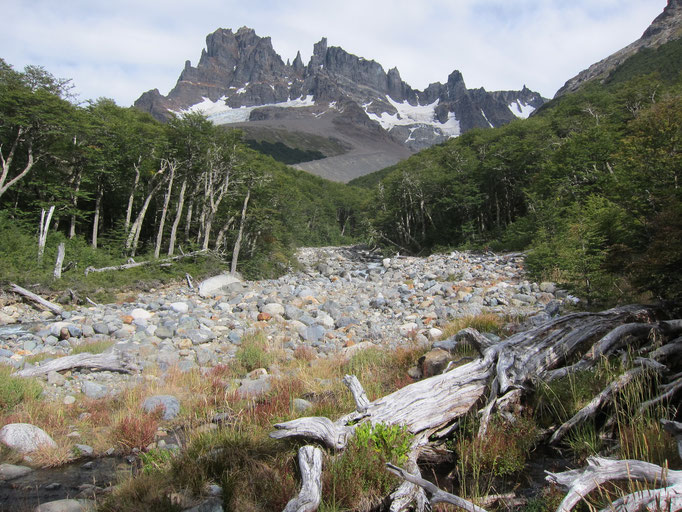 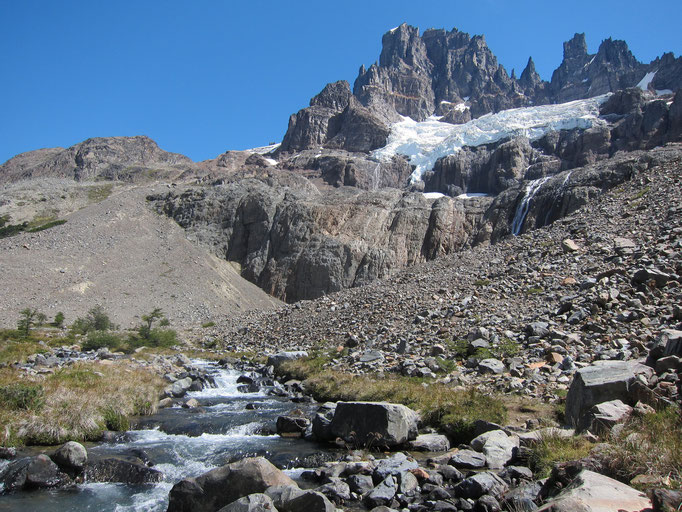 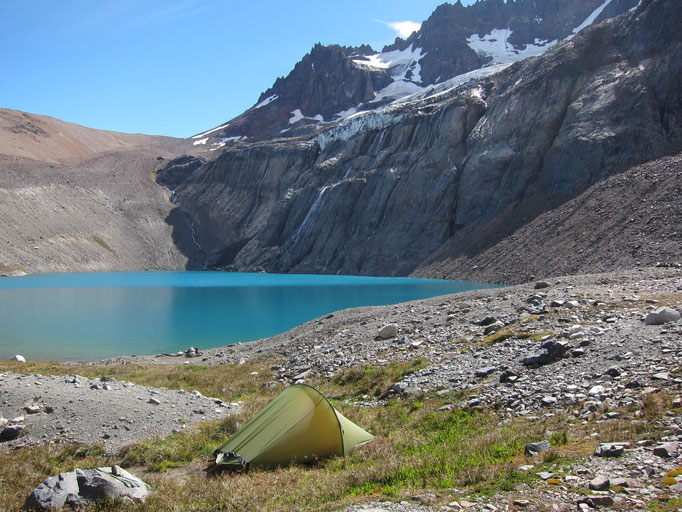 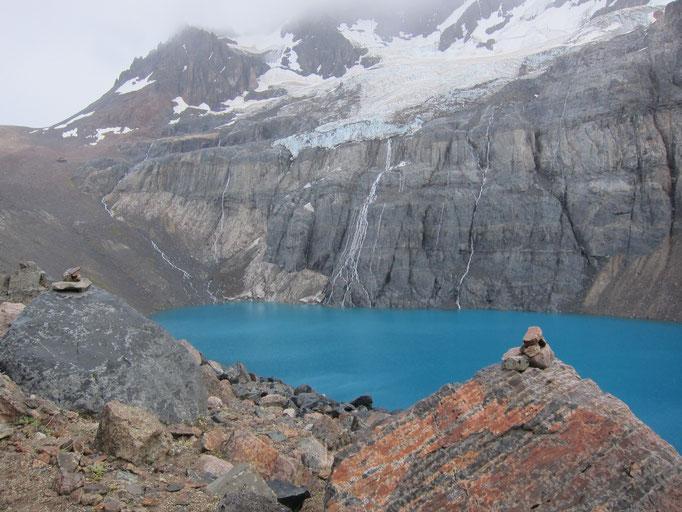 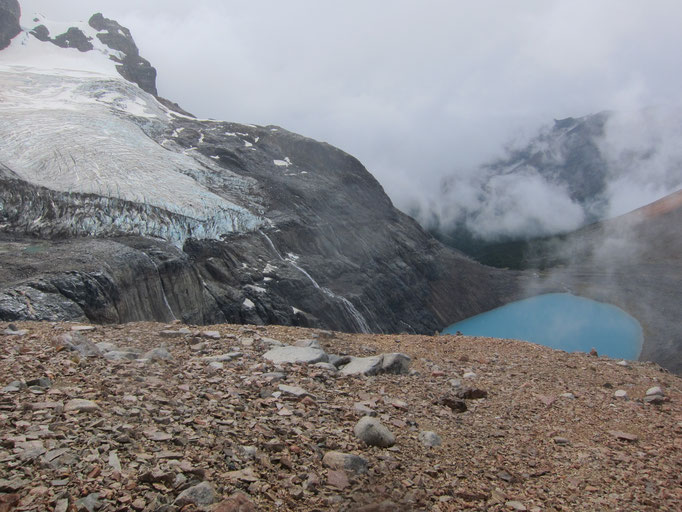 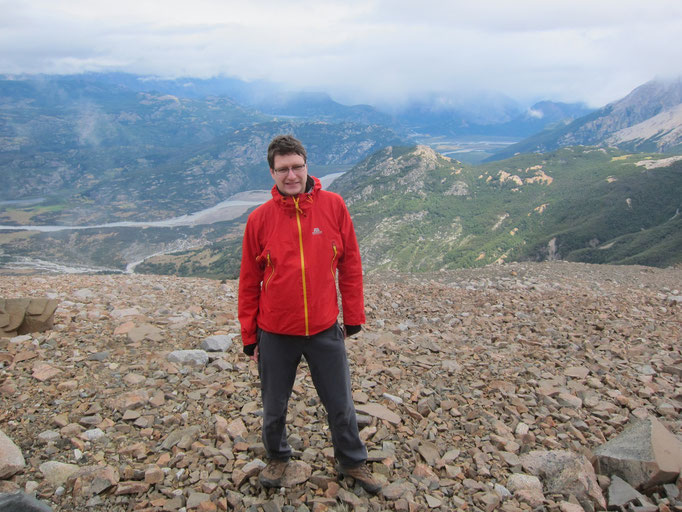 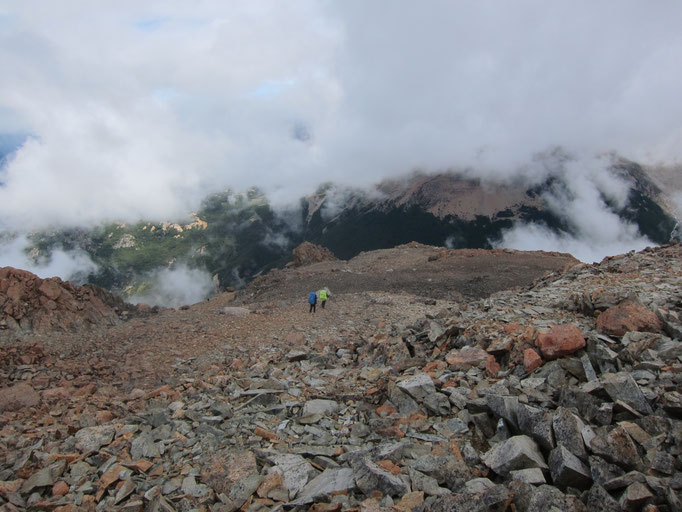 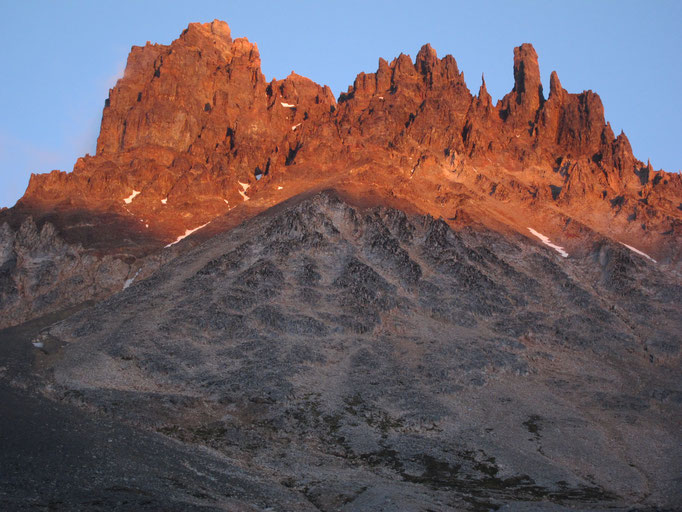 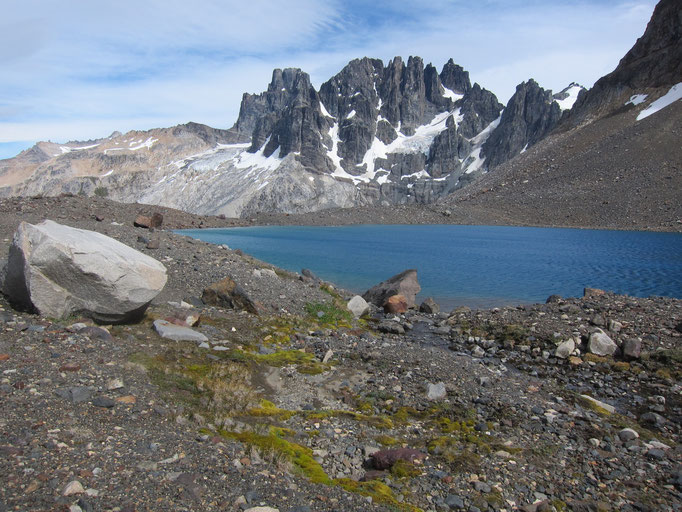